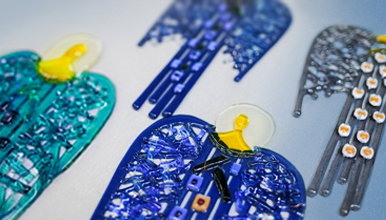 Interros business activity has been inexorably linked with philanthropy for more than twenty years. In 1999 Vladimir Potanin created his Foundation in order to make philanthropic work more effective and systematic. As one of the first Russian institutions of its kind, the Foundation brought professionalism to philanthropic projects in education and culture.

The Foundation was quick to define its number one priority — giving support to emerging leaders. Only they can lead by example, create a following, and foster an environment for positive change. The Foundation is looking for the best. Fostering leadership is key to solving systemic issues on any scale and in any domain. Money given to a leader gets invested in the leader’s own development; leaders build projects sustainably to make sure they have a post-grant life, as we call it at the Foundation.

Vladimir Potanin finances the Foundation’s operations out of his own capital to the tune of more than 300 million rubles per year.

Russian International Olympic University (RIOU) is a unique educational institution that was founded under the auspices of the International Olympic Committee during the preparation for the 2014 Olympic Games. The University’s main goal is to train a new generation of sports managers who will work in Russia and throughout the world, and will be a part of the Olympic movement.

Interros is the only sponsor of the project. In just under three years, the company built a high-tech campus on the Sochi seashore, and made a substantive contribution to structuring academic life at the university.

The university can train up to 500 students at any given time, and up to 2000 go through the university’s various programs every year.

The Master of Sports Administration program was launched in 2013.

Interros has invested $500 million in RIOU construction, of which some $150 million came from the company’s own funds as a philanthropic contribution.

Vladimir Potanin was one of the first Russian business leaders to take the Giving Pledge, joining Bill Gates’ and Warren Buffett’s global initiative in February 2013.

The Foundation
Programs in support of culture and education
In support of education the Foundation offers a number of programs, including the Scholarship Competition, the Fellowship Competition, the Foundation’s Schools, a Traineeship Program for students from the Moscow State Institute of International Relations, scholarships for students in the Master’s program at the Saint Petersburg Graduate School of Management, and Olympic Scholarships to study at Russian International Olympic University. In support of culture, the Foundation provides grants to the employees of the State Hermitage Museum, runs A Changing Museum in a Changing World and The First Publication programs, and organizes the Museum Guide Festival.
More
RIOU
Sports Management and Sochi 2014 Olympic Games Legacy
Russian International Olympic University (RIOU), an autonomous non-for-profit organization, was founded on October 21, 2009 under the Memorandum of Understanding between the International Olympic Committee (IOC), the Sochi 2014 Organizing Committee, and the Russian Olympic Committee (ROC) in accordance with the Russian governmental decree # 774. The Ministry of Sport, Tourism and Youth Policy of the Russian Federation, the Russian Olympic Committee, the Sochi 2014 Organizing Committee and the Interros Holding are the cofounders of the University.
More
The Giving Pledge
Giving money to charity
In 2010 Vladimir Potanin announced his decision to give a significant portion of his wealth to charity. He was one of the first business leaders in Russia to join Bill Gates’ and Warren Buffett’s global initiative by signing the Giving Pledge in February 2013. The Pledge is a promise to give at least one half of his wealth to philanthropic causes.
More
Russian Lounge
Russian Lounge
In 2011, the 40th anniversary of the John F. Kennedy Center for the Performing Arts (USA), Vladimir Potanin made a gift that would be used to broaden the Russian artistic presence in the Center’s programming, and to create the Russian Lounge. The project presents a modern image of Russia, stripped of traditional historical and cultural stereotypes, to an American audience. The Vladimir Potanin Foundation, working with the Kennedy Center, and with the support from the Embassy of Russia to the US, remodeled the largest lounge at the Kennedy Center. The new Lounge was unveiled in May 2014.
More
Press Center

21.06.2019
Olympic Awards Collection Newly on Public Display
An exhibition of Vladimir Potanin’s Olympic Collection opened in the Minsk City Hall on June 21 on the occasion of the 2nd European Games.
More
News

23.05.2016
VLADIMIR POTANIN FOUNDATION ENTERED THE LIST OF TOP CHARITIES
Vladimir Potanin Foundation was places seventh in the list in terms of the budget size with a budget of 336.5 million rubles in 2014.
More
News

28.10.2013
VLADIMIR POTANIN FOUNDATION STARTED TO TAKE ENTRY CLAIMS FOR THE ANNUAL COMPETITION: A CHANGING MUSEUM IN A CHANGING WORLD
This year the biggest program of the charity foundation that supports innovations in Russian museums celebrates 10-year anniversary. Grants, which are given on competitive ground, are supposed for museum projects that drive new information technologies to expositions, promote museum programs via internet, provide equal opportunities for different audiences, make contacts with other museums, local businesses, authorities and organizations from different fields. Contestants have the opportunity to study, get career growth, share the experience with colleagues from different regions.
More