In 2011, the 40th anniversary of the John F. Kennedy Center for the Performing Arts (USA), Vladimir Potanin made a gift that would be used to broaden the Russian artistic presence in the Center’s programming, and to create the Russian Lounge. The project presents a modern image of Russia, stripped of traditional historical and cultural stereotypes, to an American audience. The Vladimir Potanin Foundation, working with the Kennedy Center, and with the support from the Embassy of Russia to the US, remodeled the largest lounge at the Kennedy Center. The new Lounge was unveiled in May 2014.

The John F. Kennedy Center for the Performing Arts in Washington, DC is a unique venue that acquaints the American public with the musical cultures of other countries and peoples.  Two million people visit the Center every year. Television and radio broadcasts and other activities at the Center reach an additional 40 million people.

The Kennedy Center is unique in providing such a comprehensive and broad representation of Russian culture and Russian performing arts. The opera and ballet from the Bolshoi and the Mariinsky Theaters have successfully performed at the Center for more than 40 years.  The great Mstislav Rostropovich was Music Director of the National Symphony Orchestra for seventeen years.

Natalia Zolotova curated the artistic concept for the Russian Lounge.

The winning project by Valery Koshlyakov — an artist — and Sergey Skuratov — an architect — shows a unique vision of Russia, a new image created through the interaction of art and architecture. The architectural concept relies on various allegories: reaching for a far-away goal, commitment to movement, leap towards a breakthrough, aspiration to go beyond a boundless space, looking outside-the-box and unexpected solutions, a marriage of simplicity and monumentality. Two site-specific monumental paintings are artistic air castles inspired by Russian cities.


Vladimir Potanin: «In 2011, on the 40th anniversary of the Kennedy Center, my gift to the Center was a way to celebrate the outstanding role the Center has played in presenting Russian culture to the American public.. Around the same time, I and David Rubenstein, the Chairman of the Board of the Kennedy Center, had the idea to renovate the Golden Circle Lounge and turn it into a Russian Lounge. The idea was well received at the Embassy of Russia to the United States, and his Excellency Ambassador Kislyak Sergey Ivanovich, became one of the leading supporters of the project.”

Information about the Russian Lounge can be found on the Center’s website.

Who created the Russian Lounge?
The Lounge was designed by Sergey Skuratov Architects. Sergey Skuratov is one of the leading Russian architects, a winner of many international and Russian competitions. Valery Koshlyakov painted the Lounge’s large panels. His paintings can be found in the collections of a number of museums in Russia and abroad, including the Tretyakov Gallery, the Russian Museum, and the Museum of Modern Art in Avignon (France).

The curator of the Russian Lounge, Natalia Zolotova, holds a PhD in Art History. She has extensive experience preparing and curating art shows in museums in Russia and abroad.

What is the size and the capacity of the Russian Lounge?
212 sq. m in size, the Lounge can accommodate up to 200 people.

How do I locate the Russian Lounge at the Kennedy Center?
The Lounge is located on the Box Tier of the Opera House.

Technological Innovations
The Lounge is equipped with state-of-the-art audio and video, computer and electricity control systems that the designers have blended in harmoniously into the interior. 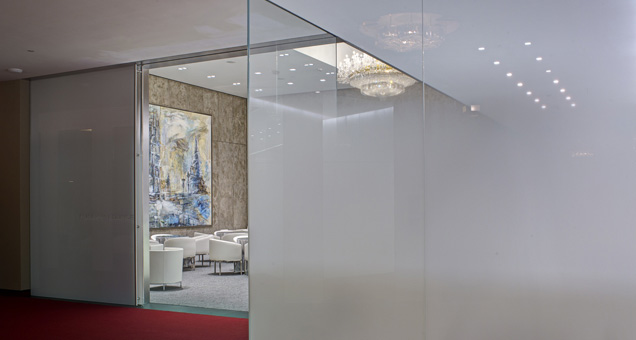 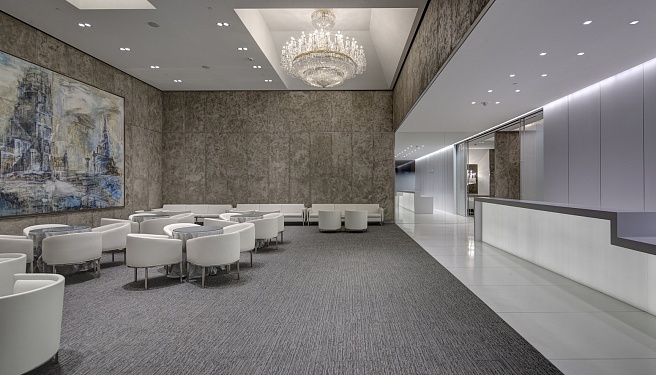 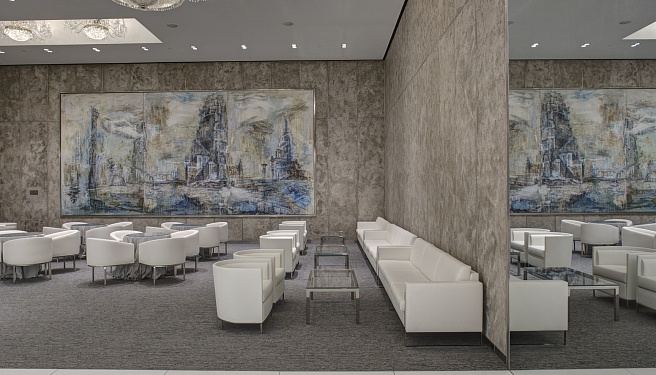 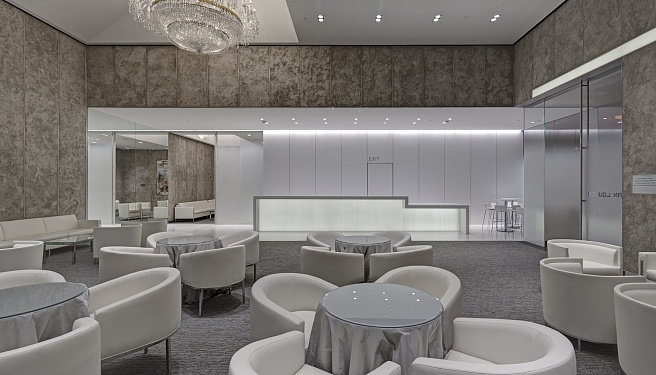