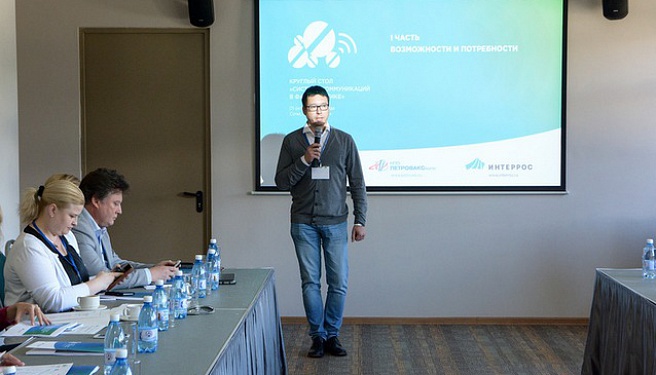 Anton Muravyev, Director of PR at the Interros Group, shared his opinion, stating, «The circumstances being what they are, if we do not communicate with journalists, if we don’t present and raise controversial issues ourselves, others will do it for us, and some of them will be less than competent professionals with no expertise in the issues they raise.»

Mr. Daniil Tkachev, RIA AMI Executive Director, addressed the role of the media in healthcare and, using the example of the «Vaccination — Healthy Nation» infomercial, explained how public opinion can form and evolve when the media raises the profile of a particular issue.

The second part of the conference was dedicated to a conversation centered around issues within the industry. Svetlana Zavidova, Executive Director of the Association of Clinical Research Organizations, explained the drug development life cycle, how generics are different from innovative medicines, and why drugs cannot be cheap. Journalists also learned about how Russian pharmaceutical companies meet GMP standards and about the entire manufacturing cycle. The topics covered also included drug safety, counterfeit drugs, and drug labeling. Elena Nevolina, Executive Director of the National Pharmaceutical Chamber Union and the Pharmacy Guild raised the issues of drug affordability and pharmacy regulation. Yulia Koloskova, the head of the and HealthIndex projects, Ipsos Healthcare, noted the current trends in the way people relate to their health and choose medicines, and provided an  examination of how consumers obtain information about drugs and make their choices, and what factors influence decisions.

Mikhail Kostinov, professor and head of the laboratory on vaccine prevention and immunotherapy at the Research Institute of Vaccines and Sera, brought up prevention through vaccination. He explained which population groups need vaccines the most, and why today’s vaccines are safe and effective. He called on journalists to be very rigorous when selecting experts who comment on vaccination, because people’s lives and health are at stake.