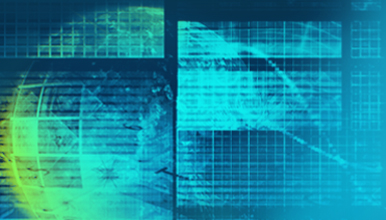 "An executive always selects people to his liking. People able todelegate do so by delegating decision-making down the line. I hire people to whom I am likely to delegate authority. I believe that they are qualified, competent, and hard-working".
Vladimir Potanin, "Vedomosti", 2013

Vladimir Potanin, the founder and president of Interros, was born in Moscow on January 3, 1961. He graduated from the Moscow State Institute of International Relations in 1983 with a degree in International Economics. Shortly after graduation, Mr. Potanin began his career at the USSR's Ministry of Foreign Trade, where he worked until 1990. That year, he became President of the Interros Foreign Trade Association. From 1992 to 1993, he served as the Vice-President, and then as President of the International Company for Finance and Investments (MFK), a banking institution. In 1993 he became President of UNEXIM Bank and Chairman of MFK's Board of Directors.

Sergey
Batekhin
CEO, Head of the Management Board
Sergey Batekhin, CEO and Head of the Management Board of Interros, was born in 1965.
He graduated from Krasnoznamenny Military Institute of the USSR Ministry of Defence with a degree in linguistics. He also holds a degree in Finance and Credit from the Plekhanov Russian Academy of Economics, and an MBA from the Moscow International Higher Business School (MIRBIS).

Olga
Zinovieva
First Deputy CEO, Deputy Chairman of the Management Board
Ms. Zinovieva, the Deputy CEO and Deputy Chairman of the Management Board of Interros, was born in 1971. She graduated with honors from Lomonosov Moscow State University with a degree in Economics. She also studied at the London School of Economics and Political Science and in the Chartered Institute of Independent Directors program. Ms. Zinovieva is a chartered certified accountant with the ACCA Qualification (Fellow).

From 1997 to 2001, Ms. Zinovieva was the financial director of AIG's Russian subsidiary. She then moved on to head the finance department of NTV, a Russian television channel, a position she held until 2003. She then joined Basic Element, a Moscow-based diversified investment company, as the Director of the Finance Department and Deputy CEO for Finance, positions she held until 2006. That year, she was promoted to head the company's financial services sector, later becoming the company’s first Deputy CEO. Ms. Zinovieva continued working for Basic Element until 2009, when she joined Interros as the company’s first Deputy CEO. From 2009 to 2011, she also sat on ProfMedia Holding's board of directors.

Georgiy
Svanidze
Director of the Financial Department, Member of the Management Board

Mr. Svanidze has been with Interros since November 2009, when he became Deputy Director of the Financial Department and the Head of the Office of Accounting Methodology and Reporting. In January 2013 he was promoted to Director of the Financial Department. His prior experience includes working as Deputy Financial Director at Integrated Financial Systems from December 2007 to November 2009, and Chief Accountant and Deputy Financial Director at National Cable Networks from March 2006 to November 2007. He holds a degree from State Technical University with a specialization in High Efficiency Processing Technologies and Equipment (1993), and a degree from the Nationwide Distance Learning Institute of Finance and Economics with a specialization in Finance and Credit (1998).

Larisa
Zelkova
Chairman of the Board of the Vladimir Potanin Foundation
Ms. Zelkova, the President of the Vladimir Potanin Foundation, was born in 1969. She has a degree in journalism from the Lomonosov Moscow State University. During her studies, she worked for Sobesednik, a weekly, and Moskovskaya Pravda, a daily newspaper. After the events of August 1991, she was part of a group of young journalists working for Moskovskaya Pravda who spearheaded the reform of the newspaper. She continued working for Moskovskaya Pravda until 1995, first as a freelance correspondent, and then as a staff writer.
More