"We get ahead where we can. We should all be moving ahead wherever life offers an opportunity to do so. Sitting idly saying that all is not as it should be, that, to me, is what losers do". 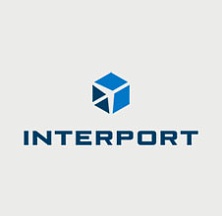 In order to consolidate and manage its transportation and logistics assets and build new cargo infrastructure for airports, in 2012 Interros created a new managing company, Interport. The company has invested over 750 million roubles in the development of the Yemelyanovo airport cargo facility in Krasnoyarsk and over 600 million roubles in the Sheremetievo airport cargo facility. The AirBridge Company has started its Cargo Hub operations and regular flights via Krasnoyarsk. The cargo terminal at Yemelyanovo was acknowledged as the best in Russia and the CIS at the 3rd Airport Development Forum in 2013. In early 2015, Interport introduced a new management system at the Yemelyanovo cargo terminal. That same year the Interros Group exited the joint venture.

3. Manages the Yemelyanovo terminal, with warehouse and office space totaling 11,000 m², and which meets all modern safety, storage conditions and service quality requirements.

Together with Rosaviation and the Russian Federal Customs Service, Interros begins construction of a  transportation and logistics facilities network. The Kratos Group becomes Interros’s partner on this project, with cargo handling facilities at the Sheremetyevo (Moscow) and Yemelyanovo (Krasnoyarsk) airports as focal points.

The first stage of this project involves the construction of a cargo facility on the grounds of Sheremetyevo airport. The parties sign a trilateral memorandum on December 20th. In accordance with its terms, Interros becomes the investor and majority shareholder at the Sheremetyevo cargo handling facility and plans to spend over 2 billion roubles on construction.

In February 2012 Interros establishes the Interport managing company in order to consolidate and manage its transportation and logistics assets and build new cargo infrastructure for airports. For every airport it is involved in, the new company aims to provide equally high level of service to all air carriers and implement modern cargo processing technologies, including the standards used at many of the world’s largest airports.

In 2012 Interport invests in equipment and custom vehicles at Sheremetyevo, reconstructs the existing warehouses, launches the first specialized terminal for servicing transfer cargo in Russia, and designs a large new terminal. Additionally, foundations are laid for the merger of the production and technological processes of Interport’s cargo operators.

In March Interport celebrates its first anniversary as operator at the Yemelyanovo airport. By then, the airport’s overall cargo turnover has increased 40% and its international freight traffic has tripled. In June the company expands its storage facilities for processing cargo requiring conditions and installs modern equipment. In October it launches the AirBridge Cargo hub operations and regular flights via Krasnoyarsk.

The freight traffic continues to rise over the course of Interport’s second year of operations at Yemelyanovo: up 5% on domestic flights and up almost 30% on international routes.

The cargo terminal at Yemelyanovo is hailed as the best cargo facility in Russia and the CIS at the 3rd Airport Development Forum held in May.

In June Interros and its partners sell their shares in the Sheremetyevo airport cargo facility to TPS AVIA Holding. The first stage of the Yemelyanovo cargo facility’s partial reconstruction is concluded at the end of October. The 300 m2 facilities have been modernized in order to improve transfer cargo processing during hub operations, which will make it possible to increase the terminal’s hub cargo turnover by between 65,000 and 80,000 tons per year.

At the end of March Interport marks 3 years since the beginning of its activities. It has handled almost 57,000 tons of various goods and mail over this period.

Interport implements a new management system at the Yemelyanovo cargo terminal In April.

In July the Interros group exits the joint venture. The Kratos Group becomes the sole owner of Interport. 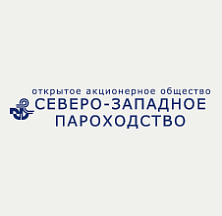 1995
MFK Bank receives 25.5% of the North-Western Shipping Company to manage at a loans-for-shares auction.

1997 — 1998
By mid-1997, North-Western Shipping Company’s unpaid debts amount to some $50 mln. The situation is made even worse by the company’s inflexible organizational structure that makes it all but impossible to manage. Legally, NWSC comprises a very large number of different subunits, from daycare centers to ports. The restructuring plan, put forward by Interros’ executive team led by Yevgeny Yakovlev, meets with resistance from the shipping company’s management team and its affiliated companies. Interros decides to increase its share to 50%, thus making it possible to execute the new development strategy.

The first step in executing the strategy is structural reorganization. Thirteen subsidiaries, each with its own integrated business cycle, are spun off. Northwest Fleet, which accounts for some 80% of NWSC revenue, is selected as the main driver of reorganization. Under the new business arrangement, the revenue earned by NWSC Fleet, now an independent legal entity, is no longer used to cover other divisions’ losses. Some of the vessels that have not been generating revenue are sold or mothballed, a decision that provokes strong protest from a number of the NWSC executives, an anticipated response despite this being the only viable decision under the circumstances. By the end of the year, the Interros team essentially finalizes the painful reorganization and restructures NWSC into a single holding.

The second step in executing the strategy is paying down company debts using proceeds fr om the sale of non-core assets that do not fit in with the current development strategy.

1999
The holding delivers on its promise. The shipping company owns almost 100% of all of its subsidiaries, which allows it to create a unified management system across all stages of the transportation cycle. Reorganization helps optimize financial flows and organize efficient service delivery. By the end of 1999, the company’s profits amount to $70 mln.

2000
Having finalized North-Western Shipping Company’s reorganization, Interros merges NWSC and Northen Shipyard, under NPK (New Programs and Concepts) management. Northen Shipyard and other assets of the military-industrial complex form the backbone of NPK, in which Interros has a 50% stake minus 1 share. The executive team owns the remaining shares. The management of the Northwest Shipping – Severnaya Verf Shipyard conglomerate is transferred to NPK.

2002
Interros sells its share in NPK to the executive team.