Actual
Interros and Société Générale complete the sale of Rosbank
The terms of the deal were approved by the government commission for the control of foreign investment in the Russian Federation.
More 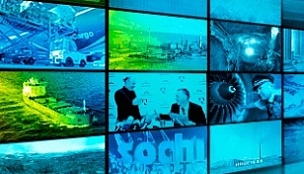 Interros Detailed History
Since its very inception, Interros has been a force shaping the business climate, and an active participant in establishing ethical business practices in the new Russia. Interros operates in almost all sectors of the Russian economy: finance, machine building, mining, energy generation,  construction and utilities, sports and tourism,  logistics and infrastructure, pharmaceuticals and light industry.
More
Team

Sergei Barbashev, Deputy CEO for security
Mr. Barbashev, the CEO and Chairman of the Management Board of Interros, was born in 1962. A graduate of the Moscow Higher School of Militia, he began his career in the military, serving in the Soviet armed forces from 1981 to 1984, and in the troops of the Ministry of Internal Affairs of the USSR from 1984 to 1990. The following year, he began working in the private sector, serving as the President of Avtoritet for 4 years, and then as the CEO of Valga from 1995 to 1999. Mr. Barbashev joined Interros in 2000 as the Deputy CEO, a position he held until 2008, when he was named CEO. Since 2010, he has also served as the Chairman of the Management Board. Mr. Barbashev also sits on the Board of Directors of MMC Norilsk Nickel since June 2011, and has been the Chairman of the Board of Rosa Khutor since November 2011. 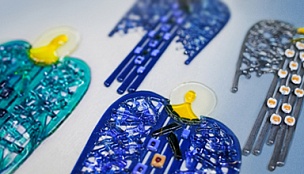 18.05.2022
Interros and Société Générale complete the sale of Rosbank
The terms of the deal were approved by the government commission for the control of foreign investment in the Russian Federation.
More

02.05.2022
Interros acquired United Card Services processing company
Interros Group acquired the processing company United Credit Card Company JSC, known under the UCS (United Card Services) brand. The deal, carried out in the interests of developing the banking business of the Interros Group, was approved by the Federal Antimonopoly Service and the Bank of Russia.
More
News

04.03.2022
Interros supported a competition for socially significant start-ups
The organizers have selected about 20 prospective projects from 200 applications in areas such as healthcare, social infrastructure, green technologies, culture and education. For a month and a half, educational events, meetings with experts and grant assistance workshops will be held for program participants.

03.02.2022
Atomyze Received Digital Financial Asset Management License from Central Bank of Russia
The Russian tokenization platform Atomyze, where Vladimir Potanin's Interros is one of the investors, received the operator status of an information system for managing digital financial assets (DFA) from the Central Bank. In accordance with the recently adopted law on DFA in Russia, the regulator granted the rights to issue and circulate DFA in exchange for Russian rubles, as well as to store DFA, maintain a register of holders and to support electronic accounts and channels for servicing DFA holders.
More
Events
23.11.2020
Night Hockey League to Start its 10th Season
For ten seasons, hockey players from all over the country hit the ice to compete for the title of the best amateur team in the Night Hockey League.
More
News

Interros Group acquires a 35% stake in TCS Group Holding, the owner of the Russian Tinkoff Group. The deal was approved by the Central Bank of the Russian Federation.